Skip to Main Content
It looks like you're using Internet Explorer 11 or older. This website works best with modern browsers such as the latest versions of Chrome, Firefox, Safari, and Edge. If you continue with this browser, you may see unexpected results.

Visit the International House (I-House) on Wednesdays, from 5:30- 7:00 pm to listen to UC Davis authors discuss their books. This series of Book Chats is sponsored by the Davis Humanities Institute.

Talinn Grigor. The Persian Revival: The Imperialism of the Copy in Iranian and Parsi Architecture. (2021) 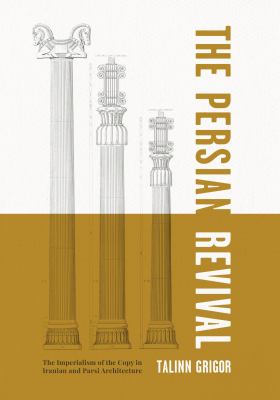 “The Persian Revival is an original study that builds a strong case for the transmission and deployment of knowledge across regions and cultural realms. It does so for a hitherto uncharted period and region—one that has not received adequate scholarly attention—and makes a significant contribution to the growing literature on global art and architectural histories of the long nineteenth century.”—Madhuri Desai, author of Banaras Reconstructed: Architecture and Sacred Space in a Hindu Holy City

Frances E. Dolan. Digging the Past: How and Why to Imagine Seventeenth-Century Agriculture. 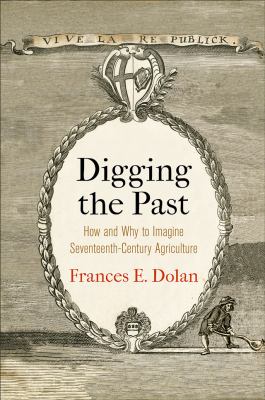 A detailed study of seventeenth century farming practices and their relevance for today We are today grappling with the consequences of disastrous changes in our farming and food systems. While the problems we face have reached a crisis point, their roots are deep. Even in the seventeenth century, Frances E. Dolan contends, some writers and thinkers voiced their reservations, both moral and environmental, about a philosophy of improvement that rationalized massive changes in land use, farming methods, and food production. Despite these reservations, the seventeenth century was a watershed in the formation of practices that would lead toward the industrialization of agriculture. But it was also a period of robust and inventive experimentation in what we now think of as alternative agriculture. This book approaches the seventeenth century, in its failed proposals and successful ventures, as a resource for imagining the future of agriculture in fruitful ways. It invites both specialists and non-specialists to see and appreciate the period from the ground up. Building on and connecting histories of food and work, literary criticism of the pastoral and georgic, histories of elite and vernacular science, and histories of reading and writing practices, among other areas of inquiry, Digging the Past offers fine-grained case studies of projects heralded as innovations both in the seventeenth century and in our own time: composting and soil amendment, local food, natural wine, and hedgerows. Dolan analyzes the stories seventeenth-century writers told one another in letters, diaries, and notebooks, in huge botanical catalogs and flimsy pamphlets, in plays, poems, and how-to guides, in adages and epics. She digs deeply to assess precisely how and with what effect key terms, figurations, and stories galvanized early modern imaginations and reappear, often unrecognized, on the websites and in the tour scripts of farms and vineyards today. 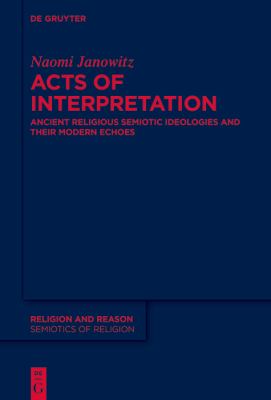 Ancient authors debated proper verbal and non-verbal signs as representations of divinity. These understanding of signs were based on ideas drawn from language and thus limited due to a their partial understanding of the multi-functionality of signs. Charles S. Peirce's semiotics, as adapted by anthropological linguists including Michael Silverstein, better explains the contextual linkages ("performativity") of ancient religious signs such as divine names. Sign meaning is always dependent on processes of interpretation and is always open to reinterpretation. Focusing on these processes permits a more detailed analysis of the ancient evidence. Examples are drawn from ancient Israelite verbal and non-verbal divine representation, the apostle Paul's linguistic letter/spirit model, Christian debates about the limits of language to best represent the deity, Josephus' aniconic advertisement of Jewish rites, the multi-layered divine representations in the Dura-Europos synagogue, the diverse "performativity" of Jewish ascent liturgies, and--the single modern example--the role of art at Burning Man. Divine representation is the basis for ritual efficacy even as sign meaning is a constant source of contention.

Alyssa Ney.  World in the Wave Function: A Metaphysics for Quantum Physics. 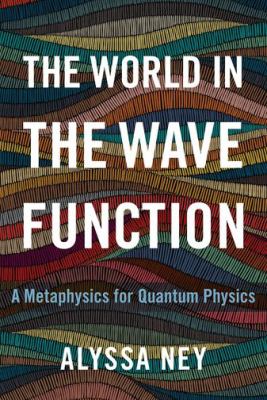 If quantum theories of the world are true - and empirical evidence suggests they are - what do they tell us about us, and the world? How should quantum theories make us reevaluate our classical conceptions of material objects? Nearly a century after the development of quantum theories, a consensus has yet to emerge. Many still wonder about what these theories may be telling us about ourselves and our place in the universe. Alyssa Ney here defends and develops a particular framework for understanding the world as it is described by quantum theories. This framework was initially suggested by Schrodinger in the 1920's and was further defended as an account of reality by two philosophers of physics in the 1990's who described it as a necessary point of view for those who argue that quantum theories are correct representations of our world. This framework is called wave function realism, which interprets quantum theories such that its central object is the quantum wave function, interpreted as a field on an extremely high-dimension space. This theory views us, and all objects, as ultimately constituted out of the wave function, and though we seem to occupy three dimensions, the fundamental spatial framework of quantum worlds consists of many more dimensions. Alyssa Ney argues for and advances this view, with the goal of making a case for how this theory how it might be applied to more other relativistic quantum theories, including quantum field theories. Her conclusion develops an account of how we as human beings might ultimately see ourselves and the objects around us as constituted out of the wave function. 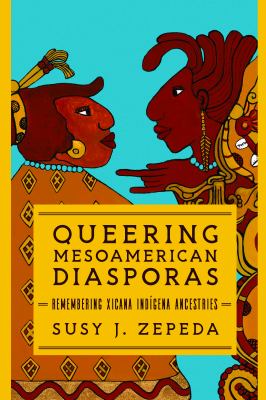 Acts of remembering offer a path to decolonization for Indigenous peoples forcibly dislocated from their culture, knowledge, and land. Susy J. Zepeda highlights the often overlooked yet intertwined legacies of Chicana feminisms and queer decolonial theory through the work of select queer Indígena cultural producers and thinkers. By tracing the ancestries and silences of gender-nonconforming people of color, she addresses colonial forms of epistemic violence and methods of transformation, in particular spirit research. Zepeda also uses archival materials, raised ceremonial altars, and analysis of decolonial artwork in conjunction with oral histories to explore the matriarchal roots of Chicana/x and Latina/x feminisms. As she shows, these feminisms are forms of knowledge that people can remember through Indigenous-centered visual narratives, cultural wisdom, and spirit practices. A fascinating exploration of hidden Indígena histories and silences, Queering Mesoamerican Diasporas blends scholarship with spirit practices to reimagine the root work, dis/connection to land, and the political decolonization of Xicana/x peoples. 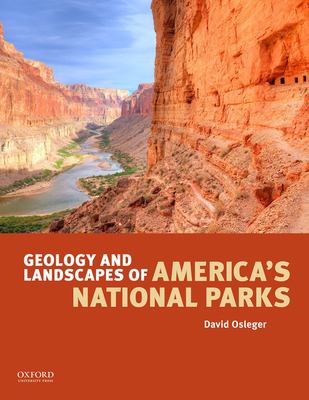 The US National Parks have been called 'America's Best Idea'. They also provide a beautiful and accessible set of examples around which to structure an introductory geology course, motivating students' curiosity about the science that explains the dramatic landscapes of our nation's unique protected lands. This book introduces core geologic concepts such as volcanism, mountain building, deep time, tectonics, sedimentation and glaciation using our beloved Parks as touchstones. Each chapter builds a broader narrative of how the country's geologic foundations were constructed through time, demonstrating the broader connections between national parks rather than viewing them as isolated entities.